“It’s a nice additional piece to our restaurant,” said Osborne. “The Jug is a gem in Middletown. The truck gives other communities an opportunity to see what Middletown has to offer.”

Based on the demand and response, Osborne said there’s a chance he may open another brick-and-mortar location in a neighboring community. But right now he’s concentrating on operating the food truck and the restaurant at the same time.

He has committed to take the food truck to events through November and, depending on the weather, may attend winter festivals. Also, for the third straight year, The Jug will be open year-around, instead of closing in the winter.

He said the restaurant lost money the first year it was open 12 months a year, and made a small profit in 2020. He hopes to turn a larger profit this year.

The trailer measures 8.5 feet by 24 feet and is the same size of the kitchen section of the restaurant. He said four employees typically work in the food truck and the food is prepped at the restaurant and cooked fresh inside the trailer.

The trailer was built in Columbus and wrapped by So Easy Signs in Middletown.

He hired seven employees after opening the trailer and he retained all employees “through this craziness,” he said, referring to the coronavirus pandemic.

Initially, Osborne was concerned that Jug burgers cooked on a new grill would taste different than those cooked on a 30-year-old grill. But he said the food truck burgers have a “very consistent” taste.

He called operating a food truck “a learning curve” because it’s much different than running a restaurant. It’s difficult to figure out how much food to take to the festivals, he said.

“It’s a different animal for me,” he said.

Osborne has sought the advice of Brent Dalton, owner of Brent’s Smokin’ Butts and Grill who ran a food trailer before opening a restaurant at 1206 Central Ave. Osborne doesn’t see Brent’s as a competitor, but rather a complementary business.

“For all of us to succeed, we all have to do well,” he said. “People won’t come to Middletown if we only have a few restaurants.” 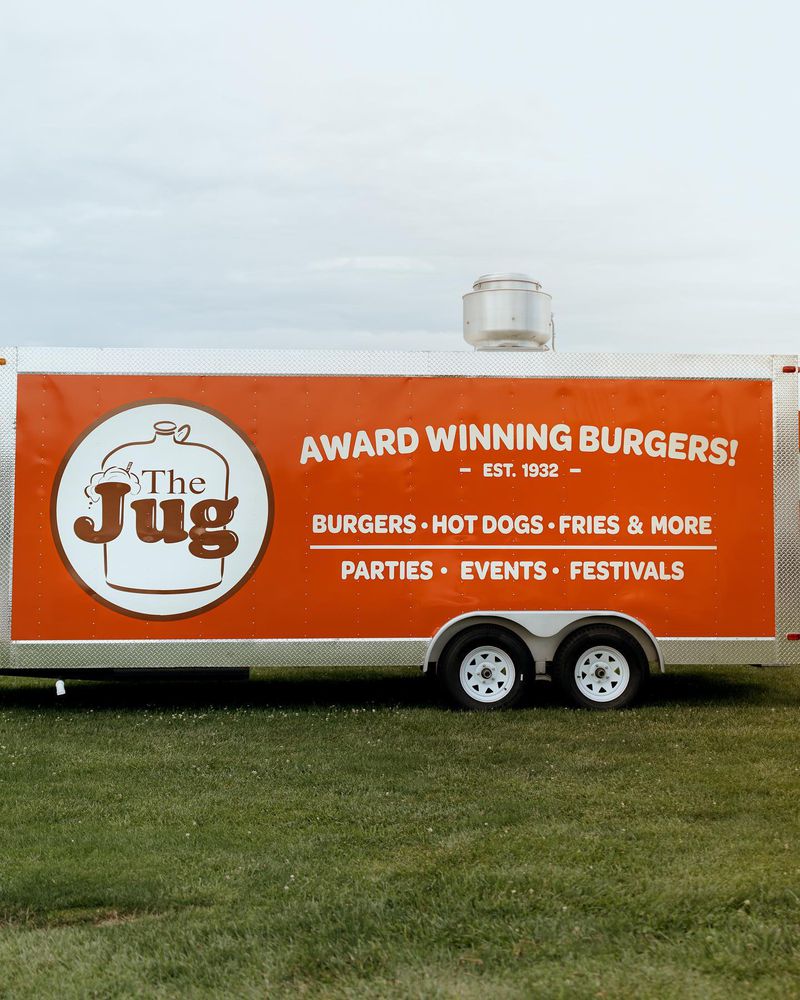 After operating The Jug on Central Avenue, Donnie Osborne bought a food trailer and sets up at three to four events a week. SUBMITTED PHOTO