A package of luscious French chocolate truffles, shared among friends after a homemade meal of refreshing papaya salad and a breathy thai curry may be one of the most unintentionally queer things I have ever done. Food can be a conduit of identity, and Kyle Fitzpatrick, writer and editor for BOYS CLUB, has perfectly stated that “Queer food is not the ingredients, the cooks, the diners, the labels — it’s in the make.” There is an undeniable intersection between queerness and food, one that can strengthen and celebrate our community. Yet issues surrounding food and body image have also become insidious in the LGBTQIA+ community, often associated with shame or embarrassment. Within the queer community, food and body confidence can serve as healing modes of connection and nourishment, as well as a form of resistance to cisgender and heterosexual norms. However, eating disorders and lack of access to food detrimentally impact the queer community, an issue that has often been misrrepresented or ignored by mainstream media. 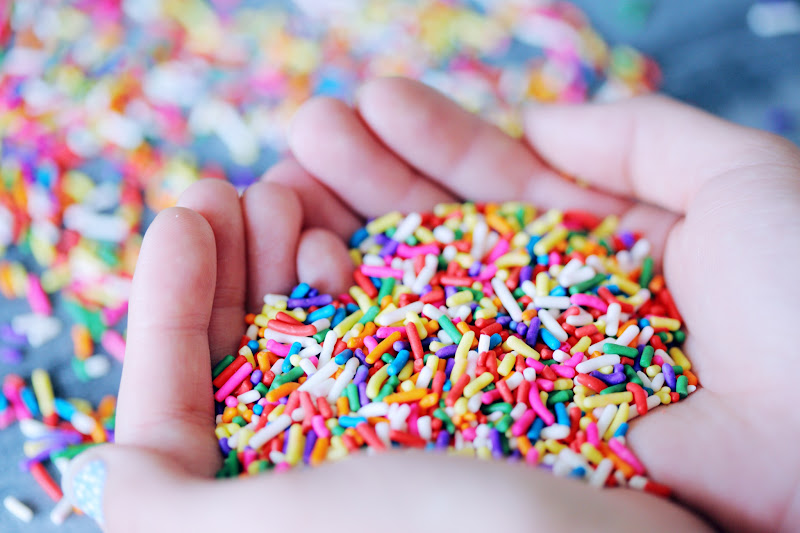 Food can encompass many different joyful experiences whether they be expressing identity, creating bonds, or communicating non-verbally. A recent Food & Wine Roundtable, part of the “Queer As Food” series, explored this celebratory role of food in LGBTQIA+ communities, and the ways in which food serves as a mode of expression for nontraditional queer culinary experimentation and connection. As John-Carter Ayanna, executive chef of The Macintosh, explained, “Cooking is art. And it’s our way to express ourselves … connectivity and community is a big part of queer food.” Thinking about food as an art allows us to see chefs through the same lens that we see artists. Artists use their medium for self expression and to connect with or enhance the experience of their audience. Each plate of food is not only an arena for personal expression, but also serves as a way to nourish and care for one’s chosen family. For example, the Boston Bisexual Women’s Network has held monthly bi-brunches since the 1980s, using those meal times to reinforce and celebrate the community. Nourishment is particularly significant in the LGBTQIA+ community and other marginalized communities, because feelings of insecurity, unsafety and fear can oftentimes supersede our own self-care. Food is a way to show each other something that may be missing.

Frankly, queer food is also very fun. You may be wondering exactly what I mean now when I refer to queer food, and I found that Fitzpatrick provided quite a lucid explanation of how we can view queer food. Fitzpatrick states that “queer food isn’t a rainbow cupcake — just ask the viral (and extremely straight) rainbow bagel. It is less about what is literally eaten, but it’s more than just the presence of queer people at the table. Queer food is the food of a temporary utopia, one where unexpected eating styles and culinary creativity thrive, where things that seem too weird to work actually do.”

Queer people have been known to experiment, not only with sexual identity or gender expression, but with art, language, fashion and, most deliciously, with food. Our experimentation with food has coincided with our resistance to the status quo, and it has transformed culinary trends and innovations as we know them today. For example, veganism and other forms of plant-based eating have been used by queer people to critique America’s politiziced food system and obsession with meat consumption. Fitzpatrick discusses how our use of camp and ironic culinary humor has been used in the kitchen to undermine American heterosexual norms of “hamburgers and housewives,” specifically referring to the iconic queer restaurant chain Hamburger Mary’s. In this sense, queer people have continued to use many mediums, including food, to subvert cishet societal expectations. Joseph Hawkins, director of One Archives at USC Libraries, explains this by citing queer food culture as “a means of coping and improvising, adapting a facet of life to reflect an interiority few truly understand.” Food is an impeccable mode through which we can express our anti-establishment queerness.

Food offers immense benefits for our community, but nourishing foods that are culturally-relevant and nutrient-dense are not always a guarantee for many. Food insecurity is particularly prevalent in the LGBTQIA+ community. A new 2021 Pulse U.S Census survey estimated that LGBTQIA+ adults are facing hunger at almost twice the rate of non-LGBT adults. A Williams Institute data analysis further revealed that LGBTQIA+ adults are 1.8 times more likely to receive food stamps and 1.7 times more likely to be food insecure.

These disparities in food security and food access deeply affect our community and a myriad of other minority groups as well. Due to major systemic inequalities including pay gaps, economic disenfranchisement, housing discrimination and job discrimination, Black, Indigenous and people of color (BIPOC) and many other minority communities face these issues with food accessibility and security. The intersection of these identities creates particularly vulnerable sub-populations, as explained by data from the Williams Institute: about one in four white LGBT adults experienced food insecurity in 2014, compared to more than one in three Black LGBT adults and more than one in two LGBT Native Americans. Additionally, those who identify as LGBTQIA+ women or are in female same sex marriages are more at risk for needing food stamps and experiencing food insecurity.

As members of this community we must look out for each other, not only through joyful moments and pride parades, but through our struggles with food insecurity, economic security and food access.

Eating disorders and the LGBTQIA+ community

While food access and economic insecurity deeply affect how we eat, there are many other psychological factors that can negatively impact our relationship to food. Eating disorders and behaviors that lead to eating disorders predominantly impact those in the LGBTQIA+ community. The National Eating Disorders Assocation found that 42% of males who have eating disorders identify as gay, compared to 5% of the total population, and LGBTQ women are twice as likely to report binge-eating behaviors than their non-LGBT peers. Disordered eating behaviors can have lifelong effects on our growth, physical and mental health, socialization and mortality risk, so it is important to not sweep these struggles under the rug, especially when feelings of shame and judgement play such a critical role in the development and persistence of EDs.

Disordered eating behaviors arise specifically within the LGBTQIA+ community due to a myriad of factors, including discrimination, shame, body image and body confidence. Dr. Norman Kim, national director for Program Development at Reasons Eating Disorder Center, theorizes that queer people may experience more harmful eating habits because of chronic minority social stress. The feelings of isolation and insecurity as a minority, especially when aligned with insecurities which revolve around heteronormative body standards, may prompt these disordered eating tendencies. Eating disorder risk is also heightened for nonbinary and transgender people, as the comfort one feels in their body may intersect with their food consumption, yet disordered eating research has primarily focused on cisgender women. Eating disorder treatment is also more complicated for trans and nonbinary people, as treatment facilities can pose not only economic barriers, but mental barriers, due to the lack of research surrounding nonbinary body image and eating disorder treatment.

Ultimately, food and food systems reveal much about societal expectations, identity intersections and community structures, particularly concerning the LGBTQIA+ community. It is critical within our community for us to work together to combat issues of food insecurity and eating disorder prevalence that are often silenced. Small steps we can take include supporting — through our time, discussion, or donation — organizations that work to combat these issues, like LGBTQIA-friendly food banks and queer-aligned eating disorder treatment centers. Only when we address these issues can we ensure that the positive, healing power of food is accessible to the LGBTQIA+ community as a whole. Let us celebrate that culinary superpower by supporting our local Atlanta LGBTQ-owned restaurants and bars, and rethinking our relationship with food as a way to nourish our creative, beautiful, and unique bodies. Now I am craving my queer mom’s matzah ball soup…